PRESS STATEMENT ON FREEZING OF DEARNESS ALLOWANCE AND DEARNESS RELIEF

Confederation strongly oppose and protest the unilateral decision of the Central Government. We demand the Government to review the decision immediately and withdraw the DA & DR freezing orders.

Confederation CHQ is in touch with National Council (JCM) Staff Side Secretary and other leaders. Efforts are being made to arrive at a united stand and convey the same to Government through Secretary, JCM Staff Side. Detailed statement of Confederation will be issued shortly. 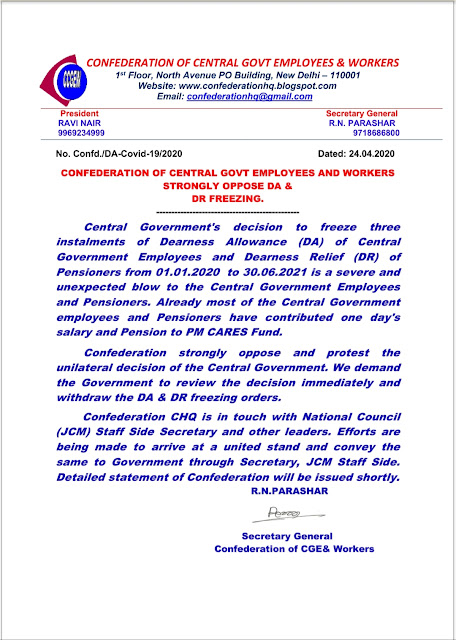