Clarification on Irregular withholding of Gratuity/pensionary benefits on account of disciplinary proceedings, etc.

I am directed to refer to this Department’s letter of even number dated 25.03.2014 on the above subject vide which clarifications had been issued with regard to irregularly withholding of gratuity/ pensionary benefits on account of disciplinary proceedings, etc. A copy of the same is again enclosed for ready reference.

2. However, it has been observed that despite issue these instructions, Department is still receiving proposals in which only on the basis of a complaint where a preliminary inquiry has been instituted, the regular pension/gratuity has been withheld after retirement. In some cases, it was seen that the employee while in service had been found primary offender or subsidiary offender during inquiry although no chargesheet (either under Rule 16 or under Rule 14 of CCS(CCA) Rules, 1965) had been issued to him and pension/ gratuity is withheld, which are not in consonance with the CCS(Pension) Rules, 1972. Also. in some cases, the pensionary benefits had been withheld as the Rule 16 (Minor penalty chargesheet) that had been issued to him/her while in service had not been decided. In all these cases, the withholding of pensionary benefits is against the provisions and the interest payable in such cases for delayed payment of gratuity will have to be recovered from the officials responsible.

3. In view of above, it is considered appropriate that all cases where gratuity have been withheld may be scrutinized to ensure that provisions of relevant rules have been followed. Therefore, you are requested to issue instructions to concerned authorities to undertake scrutiny of cases where dues have been currently withheld and to take corrective action in case of any violation of provisions CCS(Pension) Rules, 1972. A list of such cases where the gratuity has been withheld without justification may be furnished to this Department for information by 7’h January, 2019.

This is issues with the approval of Competent Authority. 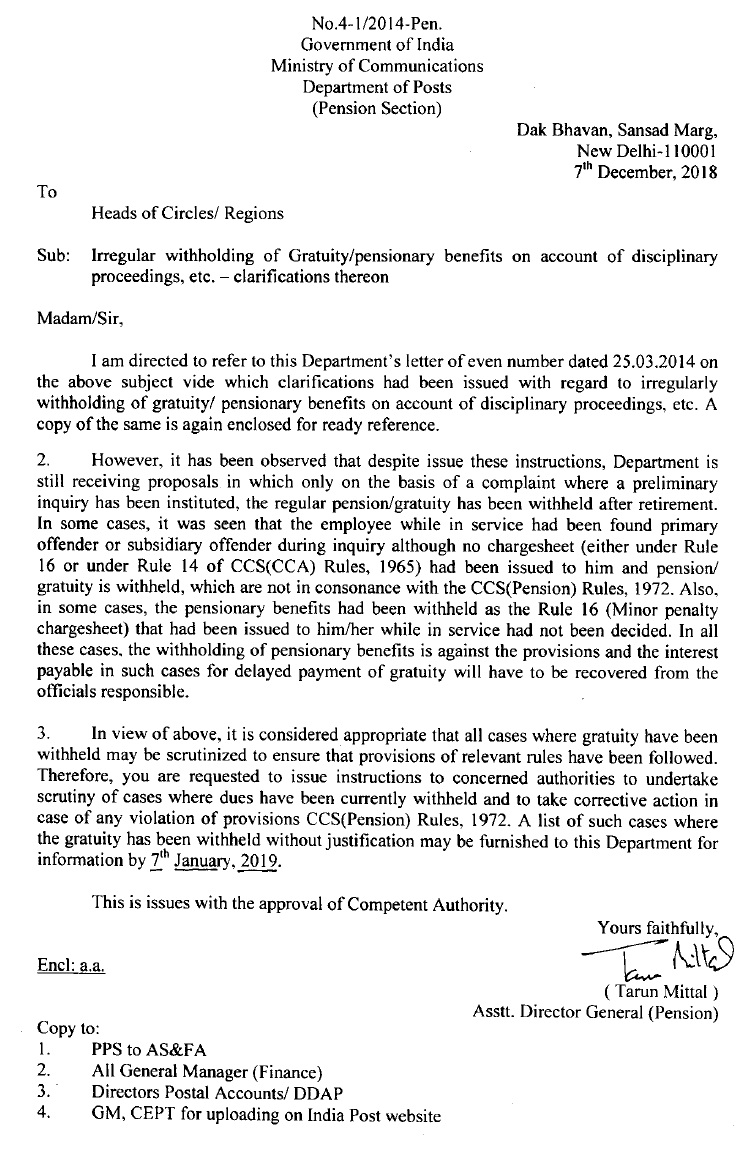 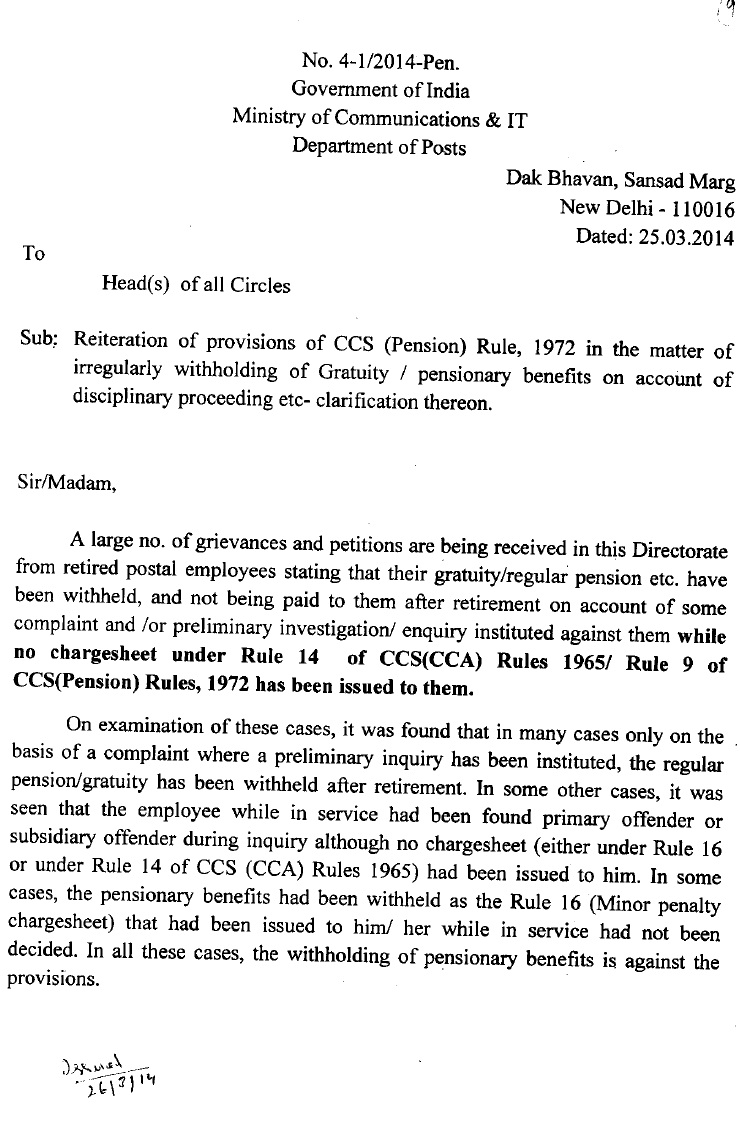 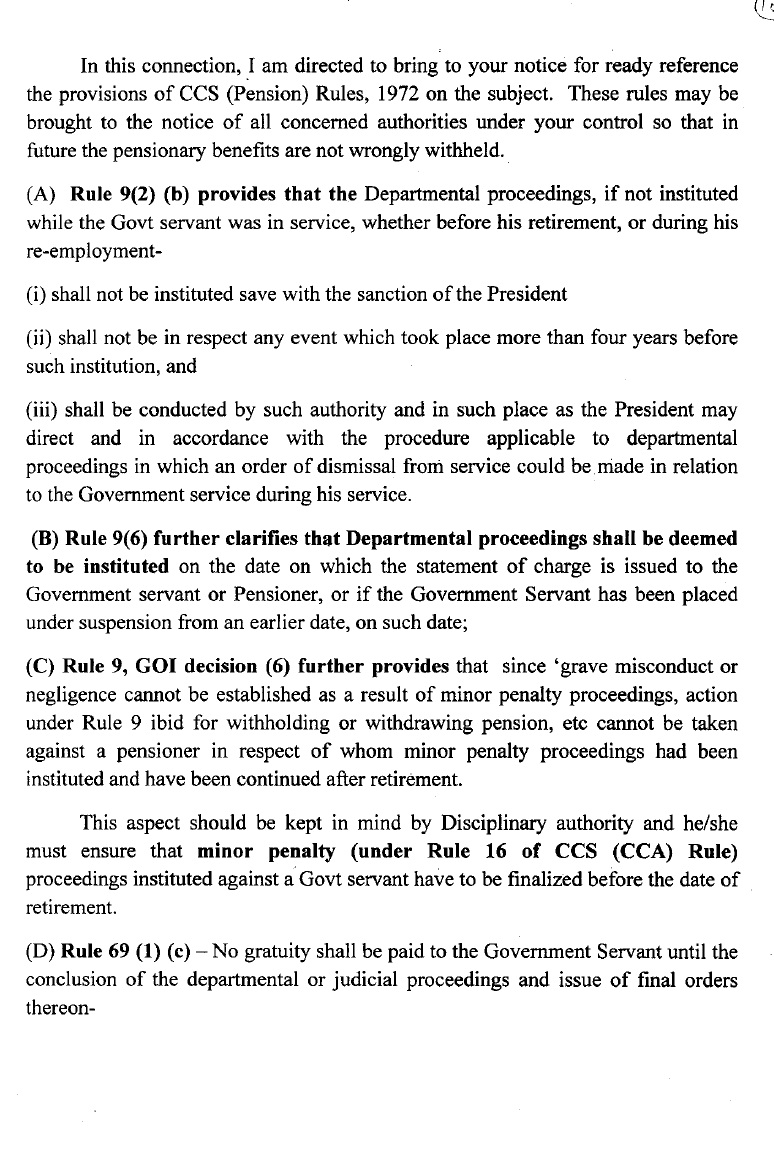 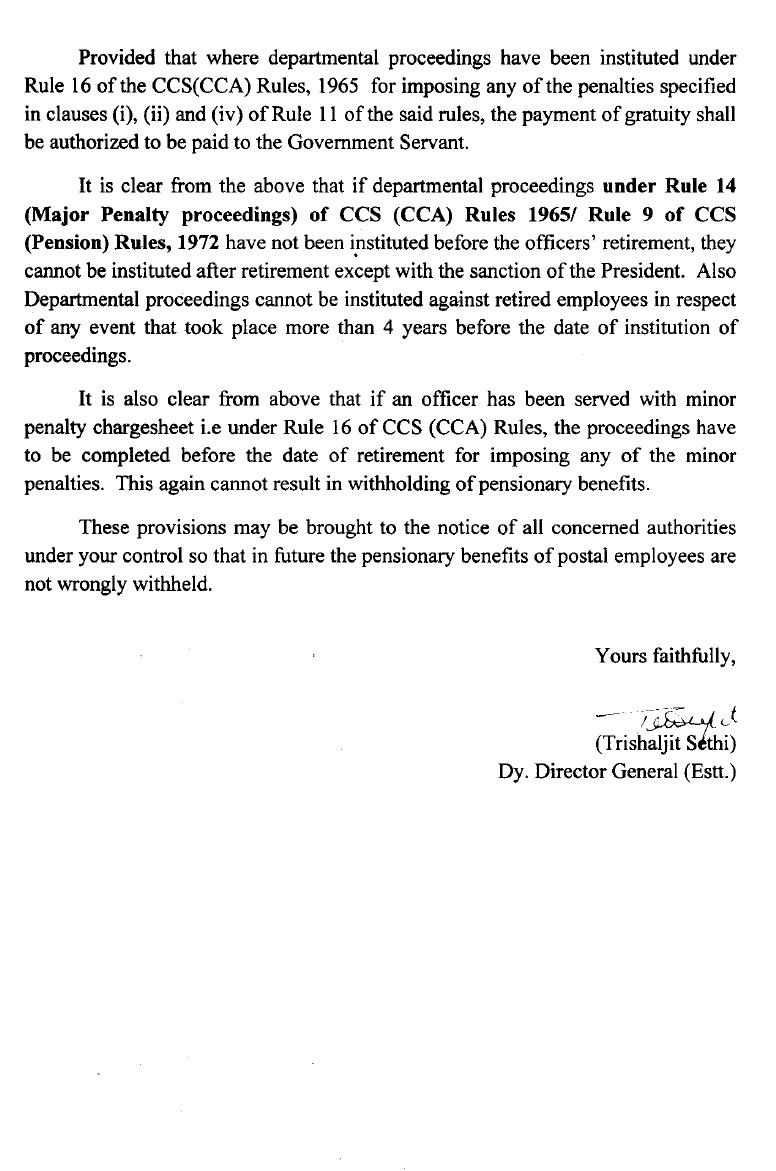