You are here: Home / Defence / Grant of 10 days Casual Leave to those Civilian Employees under Defence Establishments

Government of India
(Department of Defence)
Ministry of Defence
D(Civ.II)

Sub : Grant of 10 days Casual Leave to those Civilian Employees under Defence Establishments who are not entitled to 17 Holidays per calendar year

2. The matter has been further examined and it has been decided with the competent authority to extend the provision of 10 days casual Leave in terms of Para 9 of the Appendix -III of the CCS (Leave Rules) 1972 to Industrial Employees who are entitled to 16 Holidays in a year

(Dalpat Singh)
Under Secretary to the Govt of India 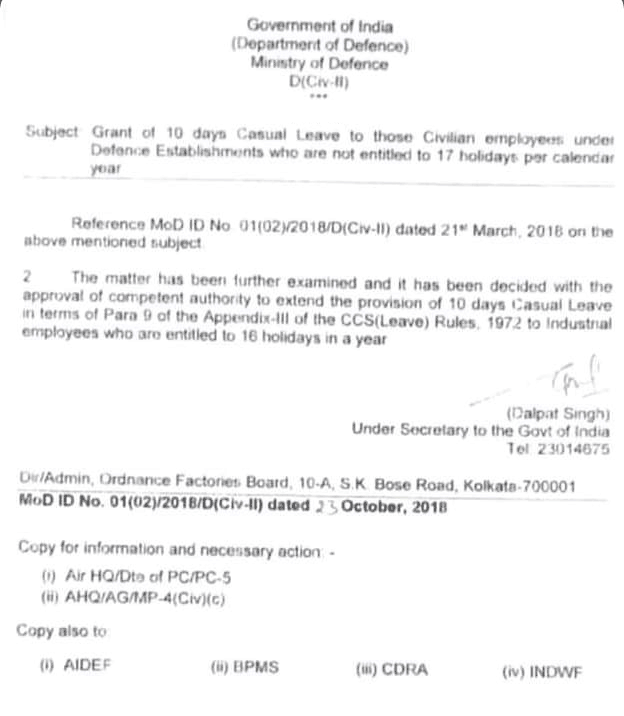