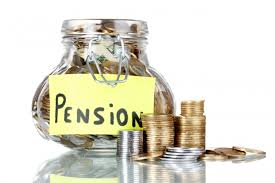 No. 14028/1/2017-Estt(L)
Government of India
Ministry of Personnel, Public Grievances and Pensions
Department of Personnel & Training
****

Subject :- Clarification in respect of encashment of Earned Leave to reemployed pensioners- Reg.

This Department has been receiving several references requesting for clarificationi relating to CCS (Leave) Rules, 1972 regarding eligibility for leave encashment to Government servants who are re-employed after retirement.

2. In this regard, it is clarified that persons re-employed after retirement may be governed by rule 39(6)(a)(iii) of the said Rules and they may be granted leave encashment up to a maximum of 300 days including the period for which encashment was allowed at the time of retirement. The cases already decided otherwise in consultation with this Department need not be reopened.

3. This issues with the approval of JS(E).

(Navneet Misra)
Under Secretary to the Government of India