No Changes in Transport Allowance : Implemented as per 7th CPC Recommendation 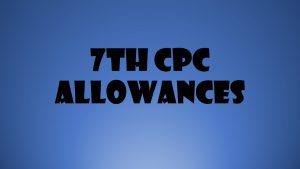 All the Central Government Employees expected modifications in the House Rent Allowance & Transport Allowance, but as per the Cabinet decision on 28th June 2017, there is no changes in the HRA & TA.

The pay panel had said in its report, “For most of the allowances that were retained, the 7th CPC recommended a raise commensurate with inflation as reflected in the rates of Dearness Allowanc (DA).

How much TA you will get