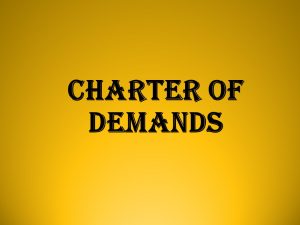 To estimate the minimum pay in the government, the VII Central Pay Commission (CPC) used the norms set by the 15th Indian Labor Conference (ILC) in 1957 to determine the need-based minimum wage for a single industrial worker. The norms set by the ILC are as below:

The Central Pay Commission considered additional components of expenditure to cover for children’s education, medical treatment, recreation, festivals and ceremonies. This followed from the Supreme Court’s ruling in the Raptakos Brett Vs Workmen case of 1991 for determination of minimum wage of an industrial worker. The Supreme Court had prescribed this amount at 25 percent of the total minimum wage calculated from the first five components. However, in considering this additional component the VI CPC took note of the educational allowance and medical facilities being provided by the government.

After considering all relevant factors the Commission is of the view that the minimum pay in government recommended at Rs.18000/- per month, w.e.f 01.01.2016, is fair and reasonable and one which, along with other allowances and facilities, would ensure a decent standard of living for the lowest ranked employee in the Central Government. Thus we shall also follow the principles of VII pay commission in fixing st minimum salary, of course to be calculated as on 1 November. 2017 after adding the cushion discounted by the pay commission to the Government employees for the “ STATUS” they enjoyed and also after adding the additional cushion for the RISK, RESPONSIBILITY, TRANSFERABILITY AND ACCOUNTABILITY the bank officers are subjected to, in the same ratio fixed between the employees and officers, deleting the very concept of special pay caused grave injustice to the retired/retiring officers who laid strong edifice to the ever strong Indian banking sector. We have to take into account the inflation projected for Nov,17.

We shall also uphold views expressed in offering the running scale without stagnation and also in scrapping the NPS.