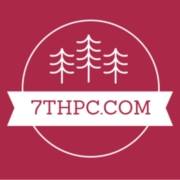 BSNLEU demands the Corporate Office to enhance the Child Adoption Leave from 135 days to 180 days to Women Employees.

Sub: – Clarification on eligibility of Child Adoption Leave to the women employees of BSNL – req.

The Department of Personnel & Training vide it’s OM No.13018/4/2004-Estt.(L) dated 31-03-2006 has granted Child Adoption Leave for 135 days to female government servants on adoption of a child upto the age of one year, on the lines of maternity leave admissible to natural mothers. After implementation of the sixth Central Pay Commission recommendations, the maternity leave was enhanced from 135 days to 180 days. Hence, the DoP&T vide it’s letter under reference above, has decided to enhance the period of Child Adoption Leave from 135 days to 180 days.

The BSNL has so far not endorsed the letter under reference. The CGM, Andhra Pradesh circle vide letter no.TA/EST/2-103/Genl./11/2015-16 dated 23.09.2016 is sought clarification from BSNL Corporate Office, whether Child Adoption leave is eligible to the BSNL women employees as per DoP&T OM mentioned above. Hence, I request you to kindly ensure that the letter of the DoP&T is endorsed by the Corporate Office at the earliest. I am also enclosing herewith a copy of the letter cited under reference, for your kind perusal.