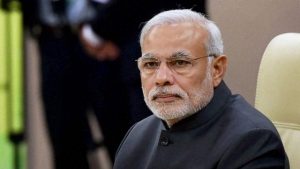 The Union Cabinet chaired by the Prime Minister Shri Narendra Modi has approved the Cadre Review of Indian Telecommunications Service, Group ‘A’.

The proposal has the following salient features:

(a) Creation of one Apex level post of Director General of Telecom.

(c) A Deputation Reserve of 310 posts has been provided for deputation of ITS • officers to other Departments / organizations.

(d) A special diminishing reserve has been provided for posting of ITS officers in BSNL/MTNL.

(e) Cadre strength restricted to the present working strength of 1690.

The approval would result in strengthening of the cadre structure both at the DoT headquarters and in the field units on the basis of functional requirement. It will also meet the requirement of skilled manpower in BSNL/MTNL. This will reduce the existing stagnation of ITS officers.

Indian Telecom Service Group ‘A” was constituted in 1965 to meet the policy, technical and managerial functions of the government in areas related to telecommunications. Selected through Engineering Services examination conducted by Union Public Service Commission, the officers of ITS are working in management and administrative positions in the Department of Telecommunications (DoT) and its PSUs (BSNL, MTNL and TCIL), Telecom Regulatory Authority of India (TRAI), Telecom Dispute Settlement Administrative Tribunal (TDSAT), and also in other Central Ministries/ Departments/ Autonomous Bodies and State governments on deputation.

The Cadre Review of ITS has been undertaken after 28 years – Last Cadre Review was done in 1988. Since the time of last Cadre review, telecom service provision functions have been hived off from DoT, but newer functions related to telecom licensing, monitoring, enforcement of license conditions, network security, interoperability, standardization, lawful interception and universal service obligation etc. have been added. In addition, a host of other functions, which were earlier embedded in operations, have increased significantly both in volumes as well as criticality. Robust Telecom infrastructure is the backbone of a Digital Society. Paradigm shifts are taking place in the Sector – bringing to fore complex issues of regulation, enforcement and security – requiring higher levels of technical supervision in the Department of telecommunications. Hence, a cadre structure of ITS officers has been proposed, which is considered essential for discharge of the role & obligations of the Department of Telecommunications. In addition, the role of ITS officers in revival of BSNL & MTNL has also been kept in view.

These facts coupled with the stagnation in various grades of the service necessitated a review of the structure of ITS.

The Cadre Strength has been restricted to the present working strength of the cadre, and the cadre review would entail no fresh financial commitment for Government.