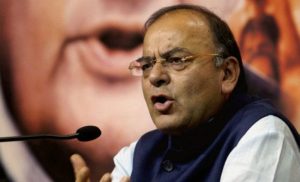 7th Pay Commission salary and pension hike to require “some enhancement” for spending in 2016/17, says Jaitley

Finance minister Arun Jaitley told lawmakers on Friday that he would need more money in the current fiscal year to cover the cost of salary hikes for 10 central government employees and pensioners recommended by the 7th Pay commission.

The government will require “some enhancement” for spending on salaries and pensions in 2016/17 to absorb the off-cycle salary hikes announced in June on the recommendation of the central government pay commission.

The government faces a challenge to achieve its fiscal deficit target of 3.55 of GDP in the current fiscal year, but is “quite optimistic” of fully achieving the target of 3% in 2017/18, the finance ministry said in the Medium-Term Expenditure report tabled in parliament’s lower house.

Rating agencies such as Moody’s have said that the increase in wages as a result of the 7th Pay commission would boost consumer demand, leading to inflationary pressures and making it difficult for the next governor of the Reserve Bank of India to achieve its inflation target.

Prime Minister Narendra Modi’s government has just confirmed a central inflation target of 4%, plus or minus 2 percentage points, that was agreed with departing governor Raghuram Rajan for the next five years.

Total federal spending on salaries and pensions is estimated to rise about 10 percent in the next fiscal year to 2.58 trillion rupees ($38.6 billion) compared with budget estimates for the current fiscal year.