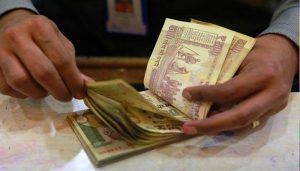 Without the official notification, the salaries received by central government employees on August 1 would not be hiked as per the CPC recommendations.

Although the revised recommendations of 7th Pay Commission has received a formal nod of approval from the Union Cabinet, the gazette notification for finalizing the salary hike is awaited. Without the official notification, the salaries received by central government employees on August 1 would not be hiked as per the CPC recommendations. Government has to notify the new pay scale within 7 days in order to implement the 14.29 percent hike in basic pay.

Although the CPC recommendations were cleared on June 29, the issuance of official notification was delayed since the government was facing protest from several employee unions over a range of anomalies related to allowances. Apart from the pay parity issues, a larger section of the employee union led by National National Joint Action Committee (NJAC) had demanded the increase in entry-level salary from Rs 18,000 (as per new recommendations) to Rs 26,000.

The unions had earlier threatened to launch a nationwide strike from July 11. Nearly 33 lakh central government employees belonging to Post, Railways and Defence were expected to participate in the protest. However, following the setup of a High Level Committee by the government to look into their demands, they deferred their strike by at least four months.

7th Pay Commission is considered to be, by far, the lowest ever salary hike implemented in the past 70 years. Including allowances, the hike is only 23.5 percent.

The implementation of CPC recommendations would positively impact a total of 47 lakh government employees, along with 53 lakh pensioners. It would also add an excessive burden on the Centre. However, Finance Minister Arun Jaitley claims that the hike in salaries would instead rejuvenate the economy by giving a inserting a demand-driven bang in the domestic market.